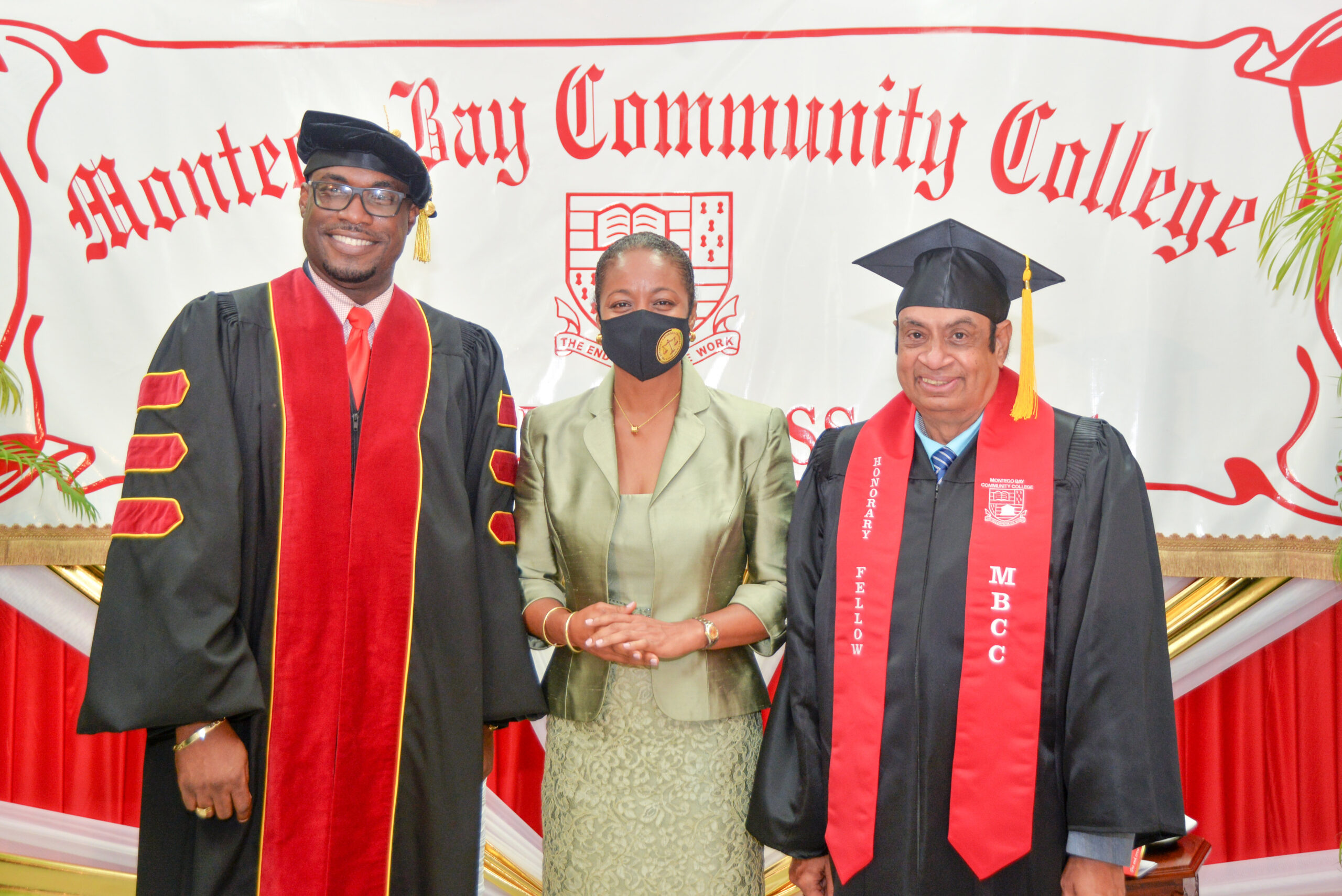 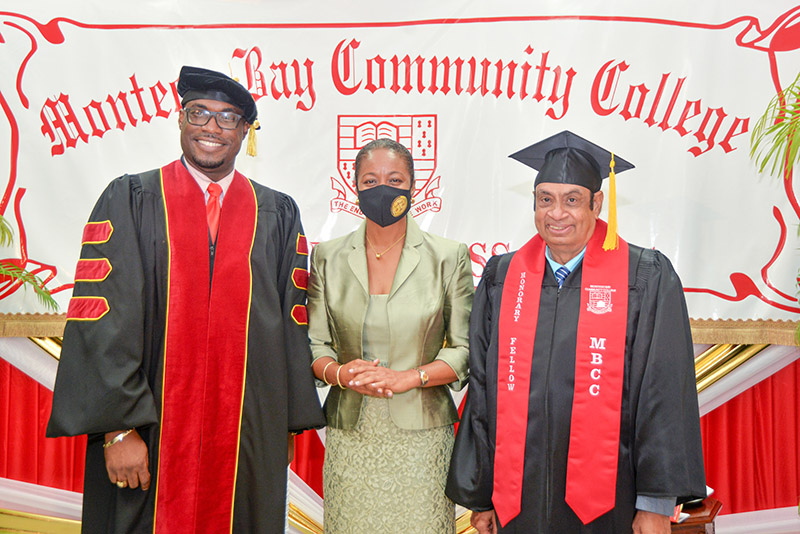 Prominent Montego Bay businessman Lachu Ramchandani has been made an honorary fellow by the Montego Bay Community College (MBCC), in recognition of his contributions to the western city’s business community and to western Jamaica’s overall development.

Ramchandani, 66, received the MBCC’s 2021 Honorary Fellow Citation on Sunday during the school’s graduation ceremony for its class of 2021. The school-leaving exercise saw 300 students being recognised during the function, which was held in a combination of virtual space and a socially distanced physical location on the school’s Montego Bay campus.

“I feel extremely privileged and blessed, and let me wholeheartedly thanks the MBCC members for the citation. It is a distinct honour, and I would like to wholeheartedly thank everyone for this honour that I have received,” Ramchandani said in a brief response while receiving his citation.

Henry, who presented Ramchandani with the citation during Sunday’s ceremony, explained that the award is given in acknowledgement of the recipients’ most noteworthy contributions to the development of western Jamaica.

“The honorary fellow of the MBCC is awarded to individuals who have demonstrated extraordinary and sustained contributions to the college and to western Jamaica throughout their careers. It should be awarded to individuals whose professional careers have been marked by the highest standards of ethical conduct, professionalism, civility, and congeniality. And this is an award which is not given lightly, so its value should be cherished,” said Henry.

Ramchandani, an immigrant from Burma (now known as Myanmar) who came to Jamaica in 1967, made his start in local business by selling various items out of his Toyota Corolla hatchback motor vehicle. He eventually built the Blue Diamond Shopping Centre in Ironshore, Montego Bay, along with other businesses in the western city, establishing himself as an entrepreneur in the local community.

He has provided sponsorship for Jamaican beauty pageants since 1992, and is the franchise holder of the Miss Global World International beauty pageant, which was founded in 2004. In addition, he has had long-standing associations with several organisations such as the Montego Bay Chamber of Commerce and Industry, the Lions Club, and the Good Shepherd Foundation, of where he is director.

Recently, Ramchandani provided sponsorship for a medical camp to assist in the fight against COVID-19 in western Jamaica. The project was spearheaded by the Indian High Commission.