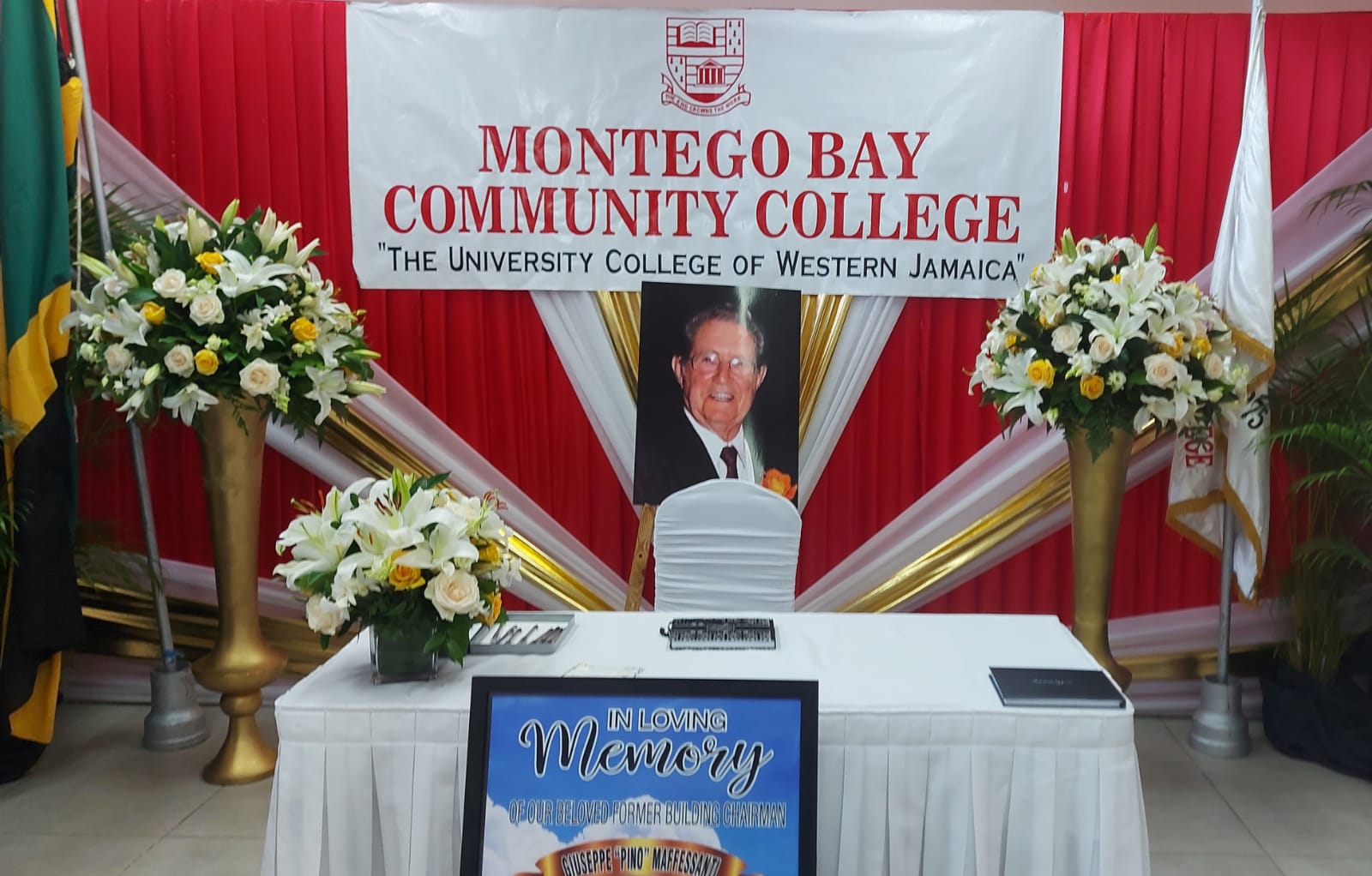 The Montego Bay Community College (MBCC) family is deeply saddened by the passing of our Former Building Chairman, Mr. Giuseppe ‘Pino’ Maffessanti, who made his transition on Friday, February 25, 2022. We express sincere condolences to his wife Daniela, daughters Nancy & Alba and son Marko, his dearly beloved grandchildren, his extended family, his office staff, especially to Ms. Lyn Francis his secretary and his church family and friends.

Mr. Maffessanti served as Chairman of the Building Committee of the Montego Bay Community College for approximately 40 years.  He was also the founding Building Chairman for the MBCC Frome campus, a position he held for over 20 years. The College is eternally indebted to Mr. Maffessanti for his expertise and wisdom, as he gave oversight in the construction of the Lorna Nembhard Auditorium and the state -of- the- art Lecture Theatre. These two buildings have enhanced the College’s aesthetics and comfortable seating capacity that is unmatched by any other educational facility in Western Jamaica. In addition to these major projects, Mr. Maffissanti’s handy work transcends every Building at MBCC.  As Building Chairman, Mr. Maffessanti was instrumental in the restructuring of classrooms and lobby spaces to create offices for Deans and Directors on Block A, the extension of Block B to erect classrooms, staff room, office spaces, bathroom facilities, science and hospitality suite and laboratories, the creation of a new structure to facilitate the College’s conference room, main staff room, classrooms, and bathroom facilities on Block C. He supervised the building of an independent block of nine (9) classrooms for Block D, and the construction of an enterprise for the Business Practice Students on Block E along with a suite of classrooms and staffrooms with two floors to facilitate Block G.

Mr. Maffessanti’s altruism and commitment to the progress of MBCC knew no bounds. He displayed a holistic approach to education and as such, he ensured that the physical needs of the students were supplied.  In his later years, he undertook the design and supervised the construction of the Student Services Building and Canteen facilities as well as the “Twin Towers” state-of-the-art Administrative Buildings which house the Workforce Development Division and the Registry and Administrative Offices.  In addition, the demolition and renovation of MBCC Frome Campus Buildings to include an auditorium, offices and classrooms to facilitate the expansion of Tertiary Education in Western Jamaica directly came under his preview as Building Chairman.

Mr. Maffessanti saw to the security of all staff and students by contracting a perimeter wall enclosing the main campus along the entire Alice Eldemire Drive and the Howard Cooke Boulevard. He also saw to the design of the College’s original entrance which reflects the style of Maffessanti structures in the Western parts of the island.

Furthermore, he aided tremendously in the advancement of education of our nation’s children. Several students have benefitted from his benevolence through the Good Shepherd Foundation and his own personal contributions over the years. Consequently, the Board of Management has named a Scholarship in his honour tenable in the Faculty of Computer and Technical Studies.

The College lauds him as a “Giant of a man” and a ‘One of his kind gentleman’ who has given unselfishly to the community and education.

Mr. Maffessanti has received several Local and National awards; such as the Order of Jamaica and the Order of Distinction, Commander Class and in 2012, the Montego Bay Community College conferred upon him “Honorary Fellow of the Board of Management.”

In keeping with his philosophy and personal convictions, Mr. Maffessanti has etched his name in the ethos of the Montego Bay Community College where his legacy will be revered forever. He will be duly honoured as his name will be inscribed on one of the edifices of his legacy at MBCC.

The Board of Management, Principal, Staff and Students acknowledge the sterling contribution of Giuseppe ‘Pino’ Maffessanti to education and nation-building. We salute him as Building Chairman extraordinaire, philanthropist and humanitarian ‘par excellence‘.

Come journey with us through the gates of “MoBay Com See,” Oh! the edifices you see are the handiwork of Giuseppe Maffessanti.

The Montego Bay Community College welcomes the community of Western Jamaica to participate in an invocation and signing of the Condolence Book starting on March 16, 2022, and will continue to March 25, 2022, between the hours of 10:30 a.m., to 5:00 p.m., daily at the main Conference Room at the Workforce Building.

May the soul of our beloved Former Building Chairman, Giuseppe “Pino” Maffessanti rest in peace and light perpetual shine upon him. 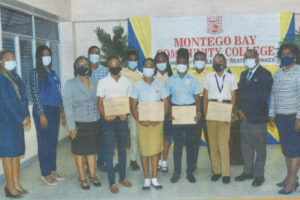